×
Language
Home » News » Why use an e-cigarette?

Why use an e-cigarette?

E cigarettes are an alternative to Ocity cigarettes.

The idea is to obtain the nicotine in a cool mist with a few well-known ingredients that are all approved for human consumption instead of inhaling toxic smoke, since it is known that smoking tobacco cigarettes is associated with many serious health issues and about a one in three chance of early death.

For many, e-cigarettes provide a way of satisfying nicotine cravings in a very much less harmful way than smoking and also provide a replacement for the physical act of smoking that is lacking in most other alternatives. E-cigarettes replicate many of the physical sensations of smoking including the ‘throat hit’ of smoke. This makes it a more satisfying experience for many users than patches, lozenges, gum or inhalers. It is not for everybody though and may not be the best route to giving up smoking entirely. Some people use ecigarettes with nicotine-free vapor in order to kick their reliance on nicotine as it provides some of the physical actions of smoking which are a large part of the habitual element of cigarette addiction. 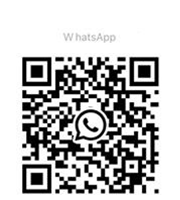