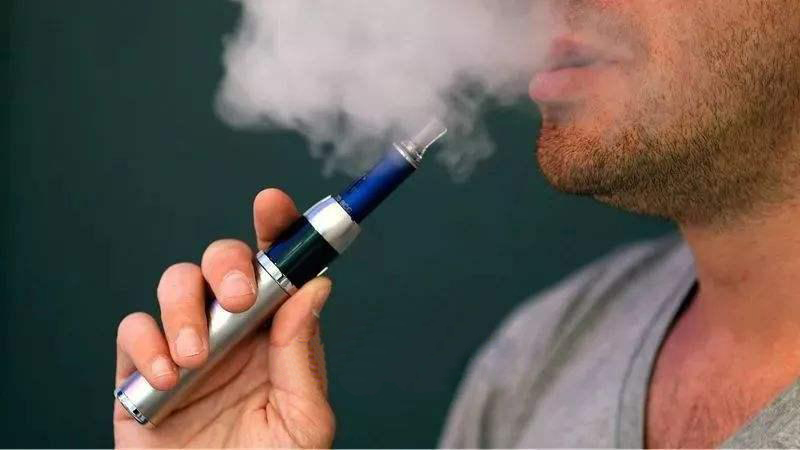 Blue Hole New Consumer Report, December 2 news, according to foreign news reports, the Ministry of Health of India is paying attention to smoking patterns in India, in an effort to change smoking habits. The Ministry is worried because India ranks second in the world among smokers in the 16-64 age group.

A senior official of the Ministry of Health, who asked not to be named, said that the basic idea is to shape the taxation model and develop a road map to reduce tobacco consumption.

India has one of the lowest rates of smoking cessation. The source said that the ministry had tried to control smoking, but it did not work. "Officials of the ministry have issued notices to understand smoking patterns and what works and what is not feasible in India." A senior official of the ministry told reporters.

The Ministry issued a notice last month, forming a tobacco tax expert group, arguing that India’s tax and price policies are widely regarded as one of the most effective means to influence the demand and consumption of tobacco products.

The expert group will have representatives from the Ministry of Health, Niti Aayog, the Tax Office, the Goods and Services Tax Commission, CBDT and WHO.

The team will analyze the current tax structure of all forms of tobacco, including smoked and smokeless tobacco.

There are 250,002,133 smokers in India, and the prevalence of tobacco among men in India is three times that of women.

The official said that officials of the ministry are still studying the models of various types of tobacco, cigarettes and e-cigarettes, and the last product is still banned in India.

"Officials of the Ministry have been studying various global reports and decisions made by countries in handling various forms of cigarettes, including e-cigarettes."

Last month, the British Ministry of Health stated that e-cigarettes can be regulated in the National Health Survey, which is the world's first tobacco product to help people quit smoking. The move was made after the US Food and Drug Administration made a similar decision, which stated that e-cigarette products-scientifically proven-help reduce smoking. Clinical trials have repeatedly proved that its smoking cessation effect is more effective than nicotine patch, and it has a positive effect on the blood vessels of smokers when they switch to electronic cigarettes.

Professor Jacob George, Professor of Cardiovascular Medicine and Therapeutics at the University of Dundee, said in response: This is very welcome news for millions of people trying to quit smoking.

The International Renewed Anti-Smoking Committee stated that China and India have more than 500 million tobacco users between the ages of 16 and 64. It said that India is also one of the countries with the highest rates of smokeless tobacco use and oral cancer incidence in the world.

The report further stated that nearly 37% of Indian respondents expressed their desire to change their smoking behavior, and some even planned to quit smoking.

"The Ministry is treating tobacco with an open mind. The Expert Committee is willing to accept suggestions from various agencies that believe their products will help Indians quit smoking. This is the first time the Ministry of Health has tried to understand the entire tobacco business and its operations in India. Method. The ministry is trying to measure whether one part of the tobacco market is at the expense of other parts of the tobacco market," the official said.

"The annual cost of the world is close to 2 trillion U.S. dollars. The huge socio-economic impact makes it imminent to reignite the fight against smoking." According to the data compiled by the International Committee on Rekindling Anti-Smoking.

Worldwide, there are different stages of prohibiting the sale of tobacco products to children and direct sales of tobacco products. But it is rarely implemented, and the ban has not been strictly enforced, especially in low- and middle-income countries.

Data compiled in 2019 showed that despite the ban, a study of the area around 243 schools found that nearby suppliers displayed tobacco products that were attractive to children and adolescents.

The ministry hopes to change it, stop it, and adopt best practices to combat misinformation, and reduce the harm caused by tobacco through the use of multinational, multidisciplinary and participatory forward-looking research. "The Ministry hopes to make it easier for smokers to quit smoking. It hopes to increase the chances of obtaining tobacco harm reduction products," the official said.

Experts say that the risk of e-cigarettes is much lower than that of smoking and will help smokers quit smoking.

Experts believe that if smokers can choose the flavors, strengths and products they like, rather than limited to licensed products, they are more likely to benefit from e-cigarettes. The Ministry hopes to adopt a balanced approach. It hopes to help smokers quit smoking. "The Ministry believes that it is important to discuss public health and why an objective assessment of potential harm is important. The Ministry also realizes that compared with tobacco, smokers have concerns about the safety of e-cigarettes and the relative risks of e-cigarettes. Misunderstanding," the official said.

Department of Health officials are studying the practice in the United States and the United Kingdom.

This product is intended to be used with e-liquid products containing nicotine. Nicotine is an addictive chemical.